Special steps through the "unusual decade"

Recently, the first brand of China's fashion sports took a special step to celebrate its 10th birthday. A birthday celebration entitled â€œThe Power of Ascension â€¢ The Unusual Ten Yearsâ€ was held in Xiamen International Convention and Exhibition Center. Thousands of Xtep people gathered together to witness and share the â€œten years of extraordinary stepsâ€ and to lead the new trend of sports fashion.

In the ten years after Xtep, the entire sports goods market has been surging as international brands have stood out from each other, the resignation of the local professional brand has gradually evolved into an evenly divided situation, and the brand of fashion sports represented by Xtep has risen. This grand birthday celebration is exactly what Xtep has accumulated for ten years of development achievements. It is officially declared that the Xtep-led fashion sports camp is emerging as the third force, changing the traditional sports goods market pattern and international professional sports brands. The camp and local professional sports brand camp together, "three points in the world." 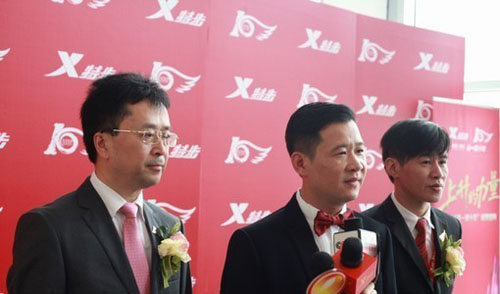 Ten years is not a long time for a brand, but Xtep has gone out of its own characteristics. This road of 10 years is indeed "uncommon." While summarizing Xtep's 10-year development experience, Xtep President Ding Shuibo said in his speech: â€œTen years are an era in which Xtep has the privilege of catching up with the booming season of Chinese sporting goods, combining commodities, brands, channels, capital and strategy. The crucial internal cause ultimately contributed to the success of Xtep in the past decade!" 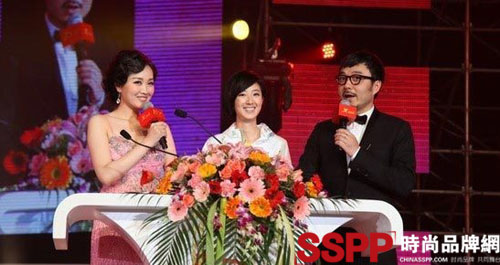 The phrase â€œhero creates a heroâ€ and a sentence in Xtepâ€™s â€œWhite Paperâ€ echoes the speech of Ding. It coincides with the tenth anniversary of Xtep birthday. This "White Paper" is officially unveiled. It records in detail the ten-year development history and future prospects of Xtep. It also stands at the height of the industry to explore the transformation of China's sports brands. 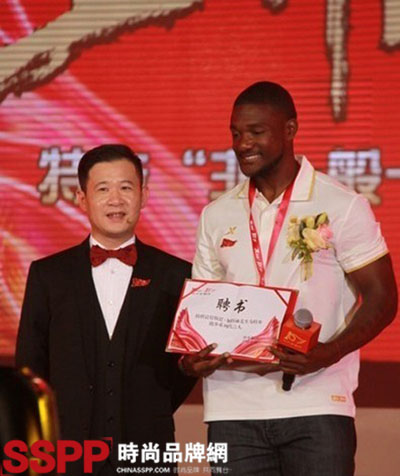 The scene symbolizes the starlight in the fiery stage of the special X "X" spirit. Pan Yubai detonated the audience with a fresh song "UUU", followed by twins, Jolin Tsai, Han Geng, Gui Lunmei, and other endorsement celebrities who staged on stage to bring exciting performances to the audience. Xie Yufeng, the first spokesperson for the Xtep brand, appeared at the end of the festival. After singing the powerful â€œHuang kind personâ€, he was awarded Xtepâ€™s â€œSpecial Contribution Award for Ten Yearsâ€. He talked about the origins of the Xtep brand in ten years. Nicholas Tse was not without emotion. : "You can be a new human when you are 18 years old. You can also be 88 years old. The important thing is what kind of mentality. From this point of view, the spirit of Xtep's 'Freedom and Sexuality' is really good for my appetite. In the next decade, we will refuel together. !â€ 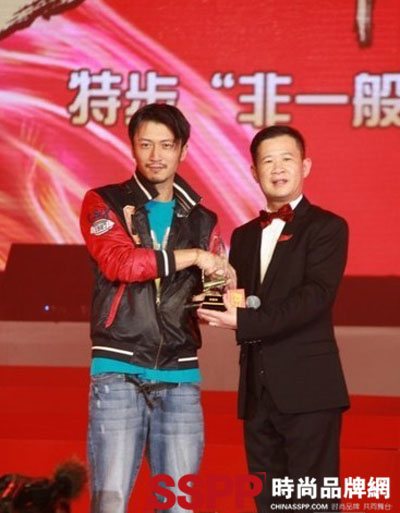 At the festival, besides the appearance of many â€œXtep familyâ€ stars, American track and field athlete Gatlin was invited to participate as the new spokesperson. The collision of entertainers and sports stars on the same stage is reflecting the â€œsports and entertainmentâ€ special step. Marketing features.

President Ding Shuibo said when talking about Xtep's unique marketing approach: â€œThe Xtep Group paid great attention to the role of the brand from the very beginning of the establishment of the Xtep brand. In the beginning, in order to avoid homogenous vicious competition, special strategy was implemented to implement differentiation strategy. The star is the brand spokesperson, uses the entertainment marketing to shape the brand and promote the market, uses the concept of fashion to separate the special step brand from the peer area, but after all, Xtep is the sporting goods brand operator, and the sport is the soul of the Xtep brand. If it is unable to present its qualities, Xtep should make sports the soul and fashion the wind."

In entertainment marketing, Xtep has always insisted on entertainment celebrity endorsement. Since 2002, Nicholas Tse, Pan Yubai, Jolin Tsai, TWINS, Han Geng and other stars have become special spokesmen. They have made great contributions to the special steps to seize the Chinese market, and the â€œExotic Familyâ€ is still growing. Kwai Lun Meiâ€™s recent signing has become the spokesperson of Xtep Running Products. In addition to endorsement products, the star also participates in special concerts such as the Xtep Southeast Music Awards, Xtep Step, and the All-Star Concert.

In terms of sports marketing, â€œrunningâ€ and â€œfootballâ€ are the two major areas of special development. Xtep has built a pyramid of running events, including participating in interactive marathon projects, such as the Xiamen International Marathon, the Taipei â€œNational Roadâ€ marathon and the Taipei International Marathon, as well as competitive races such as speed and passion. Athletics Diamond League. At present, Xtep has become the sports brand with the most marathon events. It is worth mentioning that American track and field athlete Gatlin joined the "Exclusive Family" and became the first endorsement star of Xtep's sports industry, showing the ambition of the special marching force's international running field. In the football field, Xtep has partnered with Premier League Birmingham and Villarreal clubs. In addition, Xtep broke the international sport brand's monopoly on domestic high-end events and became a sponsor of the 3rd National Games. It also sponsored a number of large-scale sporting events such as National Women's Basketball League A and CX Elite Elite Challenge. . As the first brand in the field of fashion sports, Xtep not only did not break away from sports marketing, but also extraordinary action, "the soul of sports" shine.

The next ten years are "non-ordinary"

Under the vision of â€œcreating the first brand of global fashion sportsâ€, Xtep has been adhering to and continuously sublimating for ten years and has truly achieved the landing of the fashion movement. As Hai Boge, chairman of the IOC Market Development Committee, said during the interview, â€œChinaâ€™s sports brand market seems to have been divided between the two major camps of international professional sporting goods brands and local professional sporting goods brands, but after a thorough understanding Later, we will find that the 'Fashion Sport' camp represented by Xtep is becoming a distinctive landscape in the sports market, and this camp is constantly expanding."

As the first domestic brand advocating new fashion sports, Xtep's dual-track marketing model of â€œentertainment+sportsâ€ has injected infinite vitality and vitality into enterprises and brands. In the past ten years, Xtep, an OEM manufacturer of OEM processing from European companies, has been ranked in the top three of the domestic market for consecutive years. In 2011, when the domestic sports brand industry was in a period of slow sales growth, Xtepâ€™s total revenue growth rate was as high as 24%.

Looking forward to the next decade, Xtep is full of confidence. At the marketing strategy level, Xtepâ€™s dual-track marketing model â€œEntertainment+Sportsâ€ will continue to deepen, tap new favourites in fashion and entertainment, and collaborate with more sports events. At the same time, it will continue the process of internationalization and use high-end resources to support the development of Xtep brand. At the product level, we will continue to innovate and enhance product development and development capabilities. Especially in terms of product design, Xtep always adheres to "walking on two legs." By employing overseas designers to keep pace with the world's information, and at the same time, through domestic large-scale scientific market research, we plan special steps for each year's product style and circuit; it can be said that Xtep Sportswear combines the elements of â€œsportsâ€ and â€œfashionâ€, which greatly enhances the competitiveness of Xtep products. It is believed that the next ten years of special steps will continue to grow, just like a phoenix that has accumulated power and wings, will fly!

At 18:30, along with the fireworks, cold flames, and ribbons that popped up, Yang Peian's â€œI Believeâ€ sounded at an appropriate time. In the song â€œFreedom, Hope, Youth Without Horizonsâ€, Xtepâ€™s â€œNon-general Decadeâ€ Awards The ceremony ended, and Xtep's "unusual new decade" journey just started.

We do not rely on low-cost customers to attract the eye and win cooperation opportunities,we do
not sacrifice the quality of products to give you a low price as a competitive advantage.we adhere to
product innovation, great quality, environmental protection, service first,profit-chain products,
target products for customers to create more value!